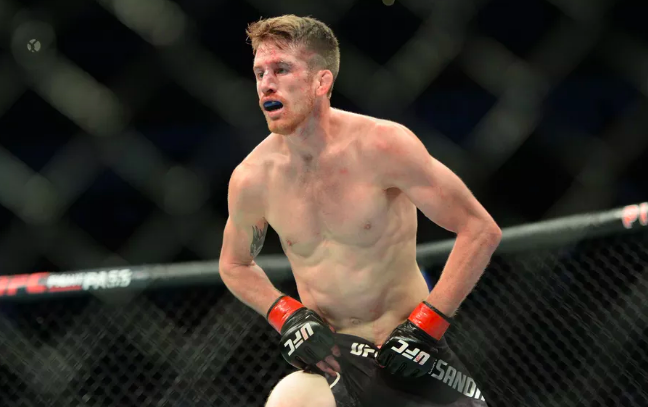 Early UFC odds are rolling out for 2021 events. Frankie Edgar will take on Cory Sandhagen at 135-pounds at UFC Fight Night set for Feb 6, 2021. We preview the opening UFC betting odds for Edgar and Sandhagen below.

Before betting on UFC fights be sure to check out our recommended sportsbooks here.

One Last Run for Frankie

Edgar (24-8-1), is now approaching 40 years of age. The former Lightweight Champion is coming off a split decision win to Pedro Munhz in August 2020. Prior to that Edgar had lost to the Korean Zombie and Max Holloway.

Still, the UFC veteran should not be dismissed for this fight, Aljamain Sterling managed to catch Cory Sandhagen in an early submission in his last fight, which Edgar will be looking to get some inspiration from.

Similar to Jose Aldo, who is also moving down to 135-pounds for his bout against Marlon Moraes at UFC 245.

For Sandhagen this is a fight he has been calling for and step-up in competition that will serve his right if he wins: “I would love to fight either Frankie or Cruz,” Sandhagen told MMA Junkie. “UFC wants me to fight this year again and me and my coaches decided that I need to not be in camp so that I can add in more tools and continue getting better without having a fight coming up.”

The opening betting line here for this fight is pretty wide, with Sandhagen being the deserved favourite. Sandhagen is 12+ years younger than Edgar and his movement and reach could cause difficulty for him to close the distance. I believe once Edgar’s weight cut goes according to plan as it did for his first fight at bantamweight – there is a chance for him to upset the oddsmakers, similar to when he derailed Yair Rodriguez at UFC 221.

Fans and media alike were hoping that Sandhagen vs. Edgar would be a 5 round headliner. However, it will instead be set for 3 rounds, which could also play a factor in this bout.

Who is your money on, Cory Sandhagen or Frankie Edgar?