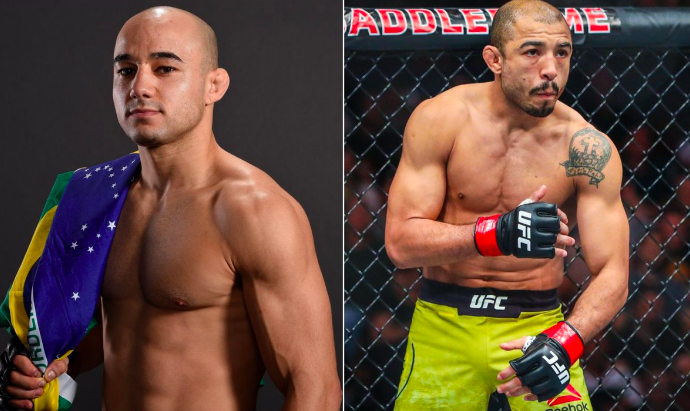 UFC 245 keeps getting better and better, yesterday we had the announcement of two more exciting fights in the bantamweight division. The first was Faber vs Yan and now Moraes vs Aldo has also been confirmed.

UFC 245 goes down in the T-Mobile arena in Las Vegas on Dec 14. We preview the latest betting odds for UFC 245 betting analysis and a prediction for this closely priced bout.

The opening oddsmakers are torn between who will this bout, so much so they have played it safe with an even moneyline. Moraes and Aldo are both (-111), which means if you wagered $100 you could get a payout of $190 on either fighter. To break that down in term of implied odds that’s roughly a 52% chance.

Marlon Moraes arrived at the UFC with a certain amount of buzz from his WSOF career. He lost a split decision to Raphael Assuncao on his UFC debut, but managed to bounce back picking up wins over John Dodson, Jimmie Rivera, Aljamain Sterling and finally avenged his loss to Assuncao with a dominant performance.

Unfortunately for Moraes the step-up in competition to challange Cejudo meant he fell short and lost by TKO in the third round. Will Moraes have fixed the holes in his game or will Aldo expose them again?

Jose Aldo has often struggled to make 145-pounds at featherweight, but as a true professional he always made weight – there was moments where the Brazilian champ looked horrendous especially at UFC 218. It’s no secret the older you get the tougher it is to shed a few extra pounds, now Aldo is 33 with lot’s of fight millage on the clock too. Is this a safe idea moving down to 135-pounds at this stage of his career?

It certainly comes with it’s disadvantages, therefore the advantage has to go to the generally lighter and slightly younger Moraes. Hopefully Aldo proves us all wrong at UFC 245 and can get a title shot against Henry Cejudo. As mentioned the betting line is now even on this one, expect it to sway in one direction once the bettors start making their picks.

What are your thoughts on Aldo’s weight cut and the state of the bantamweight division?

4 comments on “Aldo vs Moraes Betting Odds: How will Aldo’s Weight Cut Affect his Performance at UFC 245?”