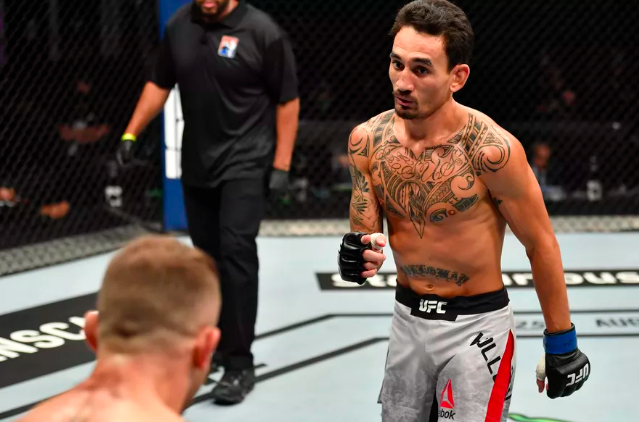 The first biggest UFC fight of 2021 was announced with Max Holloway vs Calvin Kattar going down January 16. That will be followed the following week by Conor McGregor vs Dustin Poirier. Let’s check out the odds & prediction for Holloway vs Kattar below.

When the odds were released Holloway was a slightly bigger favorite, but since then public money has gone on Kattar. Which brings this betting line even closer.

Betting on Holloway or Kattar

There are a number of betting props available for this featherweight match-up. Below are my two favorite bets for UFC on ABC 1.

While Max Holloway has plenty of TKO wins on his resume. We have seen him grind decision wins over three-round fights too. Kattar is a tough customer and Holloway will look to out-strike him and if not finish him, pick up a unanimous decision victory. You can bet $100 to win $120 on Holloway to win by decision.

During fight week Kattar stated that he intends on handing Holloway his first KO loss. Not even Conor McGregor, Dustin Poirier or Jose Aldo could achieve this against Max. Betting Kattar to win by KO over Max, would net you $400 on a $100 bet.

Max Holloway (21-6), suffered two back to back losses to Alexander Volkanovski, many had Max winning the second bout. Us included! So all isn’t as bad as it looks on paper for the former champ.

Calvin Kattar (22-4), is one of the biggest rising stars in the featherweight division. He has crisp boxing and is currently on a two-win fight streak with victories over Dan Ige and Jeremy Stephens. His only two losses are a short notice fight against Zabit Magomedsharipov and Renato Moicano in 2018.

As uncle Chael explains above this fight will come down to who it the better boxer. We couldn’t agree more. Let’s break down the UFC stats here, first off the reach advantage goes to Kattar with a 3 inch advantage.

When it comes to strikes landed per minute, Holloway lands on average 6.47 versus Kattar at 5.01. Holloway is definitely the more busy fighter but we give the power and precision to Kattar.

Max Holloway has the ability to use his kicks and wrestling if needed against Kattar. Holloway is a cardio machine and while we know Kattar has a decent gas tank, he is yet to show us that in many five round fights.

We are expecting this fight to be a tough one on both fighters for inflicting and receiving damage. In the end the we see Holloway edging out Kattar on the judges scorecards for a decision win.

Holloway vs Kattar could be one of the most viewed UFC events in recent history. Disney who own ABC, have given the free US channel a life line where it has the potential to reach millions of casual and hardcore fans.

ABC was founded in 1948 and is accessible to around 98% of Americans. Back in 2011 when the UFC was going through a resurgence, FOX had viewing figures of 5.7 million for Cain Velasquez vs Junior dos Santos.