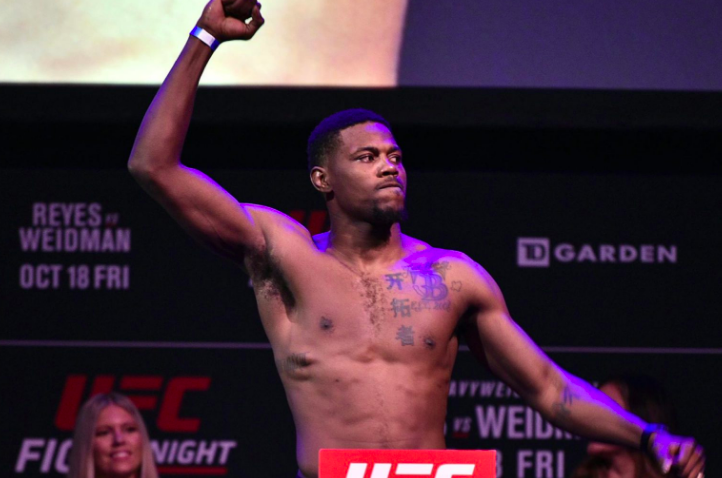 After cracking the top ten middleweights with a spectacular KO win over Ronaldo Souza, Holland will take on Derek Brunson next. We review the opening odds for Holland vs Brunson below for UFC Fight Night 188.

This opening betting line will certainly change as the fight draws closer. My prediction is that we will see some late money go on Holland – carrying that huge momentum behind him.

That being said, Brunson is on an upward trend right now too. He put an end to Edmen Shahbazyan’s undefeated run last year. He’s also currently on a three-win fight streak and has proven time and time again, that he should not be overlooked.

In terms of betting on Holland vs Brunson, we are giving the edge to the “Trailblazer” with a higher striking output and accuracy. When it comes to sheer power Brunson is one to watch out for. If Holland can be as unorthodox and busy as his most recent wins, I see him picking up a win and becoming a top-five contender in the middleweight division.

The Long Road to Headlining a Fight Night

Kevin Holland is (22-5), he turned professional in 2015 and made his first official UFC performance against Thiago Santos at UFC 227 in 2018. The “Trailblazer” lost by decision – but went on a three-fight winning streak since then.

He lost once more, by submission this time to Brendan Allen in 2019. It was after this fight that the Kevin Holland we know was born, accumulating five impressive wins last year.

Holland sees the importance of Brunson as a “gatekeeper” in the division. Yet, he still isn’t impressed that he’s facing him for his first headliner.

“I just hate that Brunson is my first main event,” Holland told MMA Junkie on Thursday. “I mean, the storyline is good. It’s cool. Everything is amazing there. I’m having fun with him online. He’s kind of making me enjoy that it is him. But at the same time, Brunson? He’s kind of the gatekeeper. He’s another year older. It was just his birthday. This, that, etc., etc., etc.

This is a fun match-up in the UFC’s 185-pound division. If you want that extra edge to your UFC betting strategy, check out our how to bet on MMA guide prior to betting.

Who do you think will have there hand raised on March 20? Comment below!