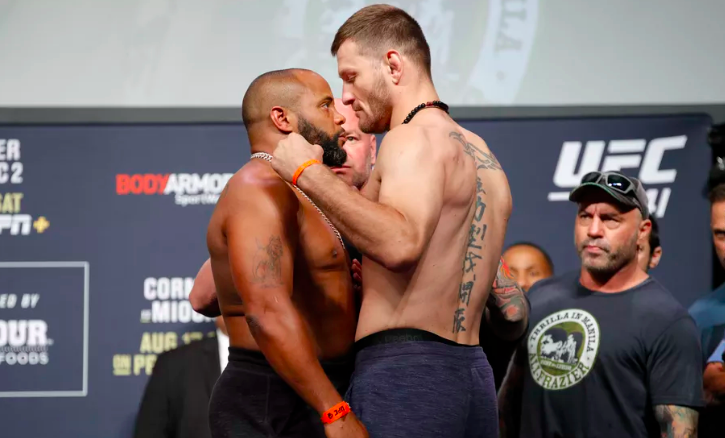 Daniel Cormier confirmed that he will fight Stipe Miocic and will retire win or lose after the third fight between the two heavyweight fighters. Arguably two of the greatest UFC heavyweights are expected to collie again in 2020, we preview the opening UFC odds for Cormier vs Miocic 3 below.

These opening odds are from the online sportsbook BetOnline reviewed here. Since both fighters have the exact same opening odds, it shows us that this is truly a 50/50 fight in the eyes of the oddsmakers. Bet $110 on Cormier or Miocic to profit $100 here.

In the latest interview below with Ariel Helwani, Cormier discusses his family issues he had going on in the background as he prepared for the Miocic rematch.

Stipe Miocic was weathering the storm from Cormier in the early rounds at UFC 241. Until Cormier started to fade in the fourth round, then Miocic took advantage and finished him in championship rounds.

According to Dana White, the two will content one last time for the heavyweight strap. “Stipe is recovering from that fight. He’s got some bumps and bangs from that fight, and yeah, we’re gonna do that trilogy,” White said during an interview on Barstool Sports. “Yes, (Miocic vs. Cormier 3 is next).”

We believe the betting value is in Daniel Cormier’s favour with a first round KO over Miocic in their first encounter and dominant over-emotional performance until is last loss, if Cormier is focused enough he can edge a decision win over Miocic and retire as the heavyweight champ.

Currently this trilogy rubber match between Cormier and Stipe is dead even according to the oddsmakers, but expect that to change drastically as number is going to fluctuate once the money starts trickling in.