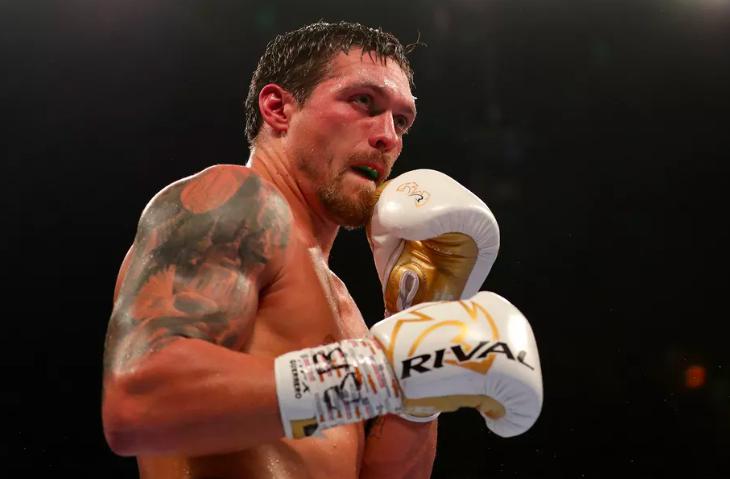 Oleksandr Usyk, the undisputed cruiserweight Champion of the world is set to make a move up to heavyweight. Usyk reigning from Ukraine last defeated Tony Bellew in November of last year, and after unifying all the cruiserweight belts and clearing the divisions he is looking for a bigger challenge.

If Usyk (16-0) is successful at heavyweight he will surely go down as one the greatest pound-for-pound fighters in boxing. In his heavyweight debut Usyk is set to face veteran boxer Carlos Takam (36-5-1) on May 18th in Chicago, this means it will clash with the timing of the scheduled fight between Deontay Wilder vs Dominic Breazeale fight on Showtime. However rumours are circulating that DAZN may not want to go head-to-head with Showtime Boxing and move the Usyk-Takam fight to May 17th.

“Usyk is a real good fighter, he’s got real skills and he’s a left-hander,” Holyfield told The Ring. “He’s moving up, but heavyweights are bigger today, so I think it could be difficult for him.

Takam will be a tough first test at heavyweight but a solid one to see where Usyk will stand among the heavyweight elite afterwards, it’s expected that if Usyk can defeat Takam then they will face Alexander Povetkin or Joseph Parker next. After that then he set his sights on the big three Wilder, Fury or Joshua!

Boxing betting odds will be released here closer to the Usyk vs Takam fight.