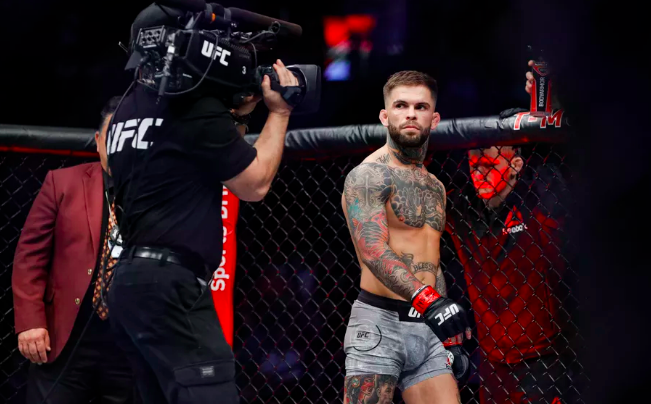 The UFC’s second major PPV since the current pandemic is set to go down in early June. Headlined by Amanda Nunes and Felicia Spencer for the women’s featherweight title. With Odds and predictions for Nunes vs Spencer is already covered.

In the meantime let’s take a look at how the main card for UFC 250 looks with odds and predictions for each fight below.

We covered the opening odds for Assuncao vs Garbrant earlier in the year. Since then not much has changes on the betting line with Cody Garbrant remaining the betting favorite to get back in the win column at UFC 250.

Maki ‘Coconut Bombz’ Pitolo is moving up in weight for this bout. As the underdog Pitolo, you can bet $100 to win $110. Charles Byrd will have the advantage in terms of size and strength.

Ian Heinisch is currently #12 in the middleweight rankings, he lost his last two bouts but remains the betting favorite over Gerald Meerschaert. Ian Heinisch goes to the decision in the majority his fights, therefore we predict the same outcome here.

Gerald Meerschaert at (+110) offers great underdog value, with a 44% take down accuracy and holds 22 submission wins under his belt. This fight is a pick’em, we give the slight edge to Ian Heinisch due to these being a 3 round fight.

Jussier Formiga was on a four win streak until Joseph Benavidez stopped that in 2019. Formiga is getting up there in age, but is still a dangerous opponent and as an underdog could be worth a small wager.

His opponent Alex Perez is a promising bantamweight that who’s only loss since 2016 is to Benavidez. Currenlty on a two win streak with a strong submission game, it’s hard to overlook Perez’s ability.

Alonzo Menifield is firm betting favorite in this bout against Devin Clark. Menifield who is currently undefeated in MMA, his last UFC win was over Paul and will be confident in extending his record to (10-0).

Devin Clark will certainly be Menifield’s biggest test to date. Clark has the more octagon experience sharing it with likes Jan Błachowicz and Ryan Spann in the past.

Expect the power of Alonzo Menifield to be too much for Clark. You can bet $250 on Menifield at these odds to profit $100.