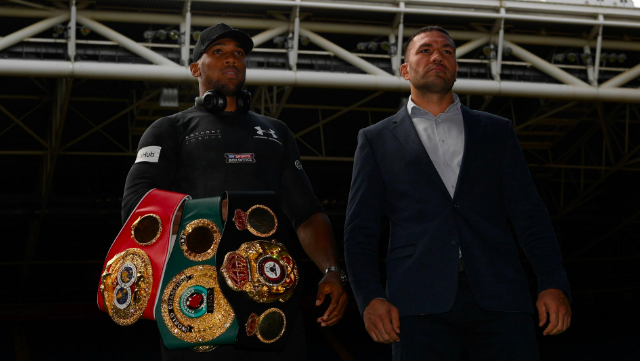 Anthony Joshua is set to defend his heavyweight championship against the IBF mandatory challenger Kubrat Pulev this December. Pulev has a record of (28-1) and poses a real thread as a live underdog against Joshua.

The oddsmakers are giving Anthony Joshua a clear cut chance of defeating Kubrat Pulev. With an implied probability of 88.8% to retain his titles against Pulev.

Joshua is the WBA, IBF and WBO heavyweight champion of the world and is in hot demand. As we all know there are are lot’s of politics in boxing. It’s never as straight forward as seeing the best vs the best. In the era of undefeated records and gaining more money, delaying the big fight is a common occurrence.

While Tyson Fury and Deontay Wilder come close to agreeing on a trilogy fight, where Fury is a heavy betting favorite.

Joshua now get’s to face another mandatory challenger. All going well, we will get to see Fury vs Joshua sometime in 2021, if that’s something promoters are willing to hold without fan participation.

According to TalkSport, Promoter Hearn has now confirmed that Joshua v Pulev is still set to go ahead in December despite the latest government guidelines coming into force.

The fight is expected to be held at The O2 without fans but there is also interest from around the world in staging Joshua’s title defence.

Hearn said: “Obviously today’s announcement [Tuesday, September 22] is a massive challenge for everyone in sport.

“Our intention now is carry on with all our scheduled events. Clearly the finances are affected by not having crowds, even smaller crowds, but we’re working to keep our schedule. That includes Joshua.

“You have two options – cancel or go ahead, quite possibly without a crowd. You’d still hope that by December you might have some back but you can’t plan on that now.

“We’ll go ahead in December for Joshua because it’s been a year since he fought Andy Ruiz and he needs to fight.”

1 comment on “Betting Odds for Anthony Joshua vs Kubrat Pulev”