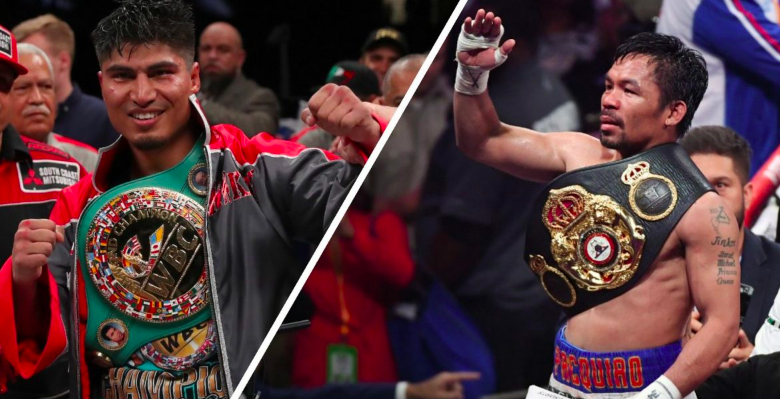 The oddsmakers are still slightly favoring Manny Pacquiao at 42 years of age. With an implied win probability of 54.5%, you can bet $120 on these early odds to win $100.

For Mikey Garcia as the underdog, you can bet $100 to win $100. Realistically this is a 50/50 fight, where Pacquiao would be heavily favored if he was in his prime.

The betting line for Pacquiao vs Garcia originally opened in 2019, where Pacquiao was a -160 favorite. When it re-opened this past week, Pacquiao is less of a favorite by online sportsbooks listed here; but still has a slight advantage.

Pacquiao’s speed has been his biggest asset and that could be diminished by the time we have seen him fight again. However, it hasn’t been that long since Pacquiao picked up wins over Adrien Broner and Keith Thurman; both fights that Pacquiao was questioned about how much he has left in the tank.

Mike Garica has been a betting favorite for the majority of his pro career. The most recent fight where he was the underdog was against Errol Spence Jr, a fight Garcia lost. That being Garcia’s only loss, he bounced back against Jessie Vargas to win by UD last February in Texas.

This is the clash of an old legend vs a three-division champion. If history has thought us one thing, it’s never to write off Pacquiao. That being said, if you are a fan having these early odds available are enticing at -120.

Timeline for Pacquiao vs Garcia

We are all eagerly awaiting the return of Manny Pacquiao. The is a decade in years between the two boxers ages. Sources are aiming for a date in May to schedule this fight.

“We’re leaning towards Mikey Garcia, but we’re also talking to Crawford,” Pacquiao told Dyan Castillejo of ABS-CBN, transcribed by Boxing Scene, who report date in May could be feasible.

Limited fans or half-capacity fans are expected to be allowed, which is essential for a Manny Pacquiao fight.