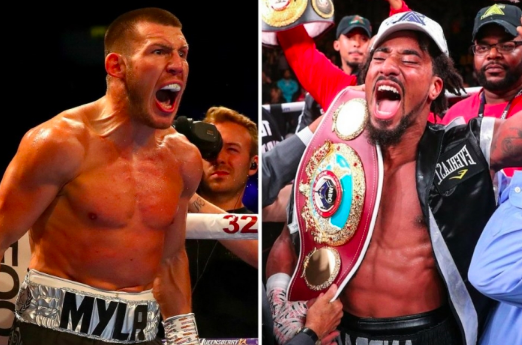 Demetrius Andrade is set to defend his WBO title against mandatory challenger Liam ‘The Machines’ Williams on April 17th. Below is a breakdown of the early betting odds between Andrade and Williams.

According to the oddsmakers Liam Williams will be Demetrius Andrade’s toughest competition he has faced in years. Being the slight underdog Williams has got a great opportunity to pick up a win over the undefeated Andrade.

Andrade has Faced Some Questionable Competition

Undefeated after 29 fights and has held world titles in two weight divisions. Andrade certainly has the skills and potential to become one of the greats. Yet his fight resume doesn’t have the top-caliber boxers of today’s era.

The southpaw is coming off a year of inactivity, after defeating Ireland’s own Luke Keeler. That being said, there is still time for Andrade to really make a statement among more elite fighters out there.

“I’m willing to go up to 168 to fight Billy Joe Saunders in my next fight,” Andrade said last year. “That’s what I’m looking to do.” – SkySports

A fight against Billy Joe Saunders would be perfect for both sides. Even if Saunders doesn’t get past Canelo this May, there will still be plenty of fun fights in various divisions for him. Saunders is currently a big underdog against Canelo.

Welshman Williams is a real live dog going into this fight. Preparations for Andrade seem to be on track from recent footage of Williams training in Sheffield.

Williams turned pro in 2011 and in that time has picked up 23 wins, 2 losses, and 1 draw. He is the WBO’s second-ranked challenger for Andrade’s championship and has won seven straight fights by knockout or technical knockout since he dropped a 12-round majority decision to England’s Liam Smith.

The one downside to Williams is the homegrown boxers he has fought on a domestic level, with a lack of international world-beaters on his resume.

Williams will have to put pressure on Andrade early in this fight. Andrade’s main path to victory will be to win by UD, if Williams can hurt Andrade early it could be one of the biggest upsets in boxing this year.