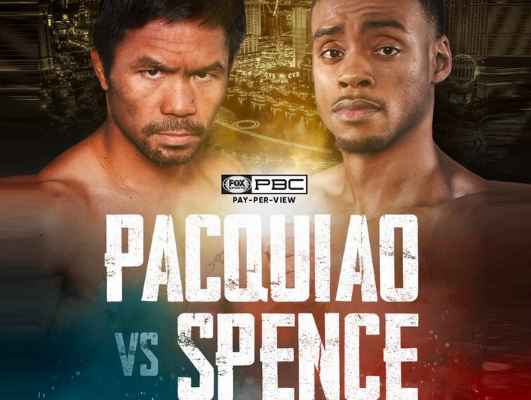 Manny Pacquiao will face Errol Spence Jr. on Aug. 21, in Vegas. Two of the best boxers in the world will go toe to toe, with Manny being 42 taking on the current top five pound-for-pound champion Errol Spence Jr. We review the betting odds for this blockbuster fight below.

While Spence is coming off a victory over Danny Garcia in December to retain the WBC and IBF belts. It won’t come as a surprise to many his odds are much higher to defeat “Pacman”, (Bet 450, win $100).

For a list of online betting sites that have current odds Pacquiao vs Spence, check out Betting Insider Journal’s sportsbooks page.

When it comes to betting on Pacquiao vs Spence, I expect the fanbase to be somewhat split on the wagering front. With early sharks laying some serious coin on Spence as the opening favorite, in what seems a solid betting pick. Whereas, Pacquiao’s huge fan base will stir up emotions of prime Manny and the big question mark of what if he defeats Spence?

“I have always wanted to challenge myself and take the biggest fights,” Pacquiao said. “Errol Spence is an unbeaten champion and those are the kinds of fights I want.”

If Manny can go out and give Spence some problems and go on to score a massive win, he will go down as one of the greatest of all time – if not the greatest. That will also raise a question of how important was Mayweather’s win over Pacquiao back in 2015.

Over the course of the past year, Pacquiao has been connected to multiple high-level opponents. From Terrance Crawford, where he was the majority underdog. To a hypothetical future match-up against UFC star that fought Mayweather, Conor McGregor. Manny was a -800 odds-on favorite to defeat the Irishman, a fight that could still happen in the twilight years of Manny’s career.

Boxings Best vs The Best

In an era where it seems that boxing politics is becoming worse than it’s ever been. It’s refreshing to see the announcement of Manny a future Hall of Famer takes on the #4 ranked pound-for-pound boxer according to ESPN.

Recently Fury vs Joshua had a huge spanner thrown in the works, with Wilder’s arbitration for the trilogy getting the green light. Meanwhile, at lightweight, you have Gervonta Davis leaving the 135-pound division behind and moving up to 140 pounds in a bid to become a three-weight world champion.

While Manny is a bit long in the tooth at this stage of his career. There is no denying that his last few performances have been outstanding. He bounced back from the loss to Jeff Horn, to defeat Lucas Martin Matthysse, Adrian Broner and Keith Thurman back to back.

Spence Jr also had his redemption story outside of the ring. After a devastating car crash back in October 2019, one month after he defeated Shawn Porter. “The Truth” was ejected from the car and spent six days in ICU. Fast forward to the end of 2020 and Spence looked better than ever in a clinical win over Danny Garcia, to go 27-0.

While the media went into a frenzy with the announcement of Pacman vs Spence. Sean Gibbons, the president of Manny Pacquiao Promotions, told ESPN that the fight came together quickly and that Spence was the only opponent for the Filipino senator.

“Many people believe Spence is the best welterweight in the world and one of the best pound-for-pound fighters in the world, and Pacquiao has never shied away from fighting real fights,” Gibbons said. “He’s not going to make a fool of himself fighting YouTubers or social media guys like Floyd Mayweather is, and he wants to continue his legacy. He’s always fought the best, and he doesn’t want to change now.”

Gibbons was referring to Mayweather’s upcoming exhibition against YouTube star Logan Paul on June 6. Mayweather defeated Pacquiao in 2015 in a long-anticipated bout.

Stay tuned to Betting Insider Journal for all the developments in Pacquiao vs Spence. With boxing odds and news update frequenty via our boxing betting section.