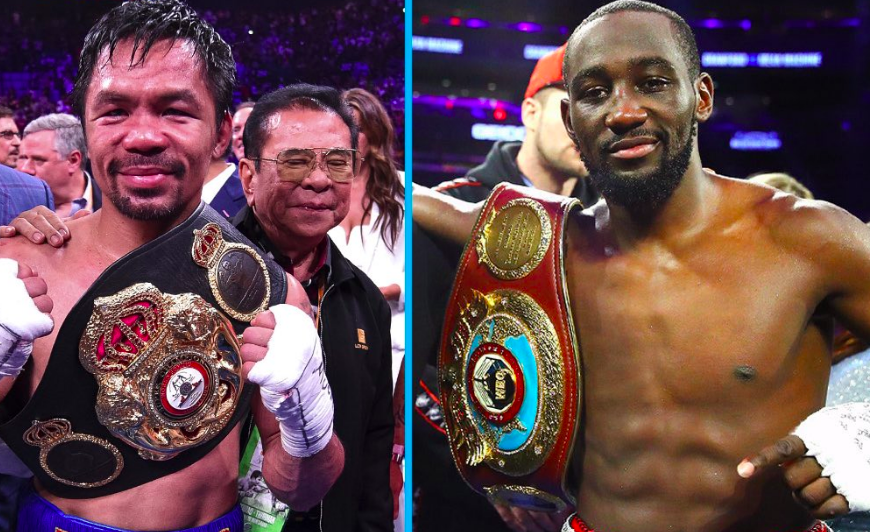 A huge boxing fight is in the works, as this report suggests there are ongoing talks for the current divisional top dog; Terence “Bud” Crawford vs the legendary Manny “Pacman” Pacquiao in Abu Dhabi in the Middle East on June 5.

The chances of a draw occurring have been listed at +2200, bet $100 to win $2200 on that probable outcome. I expect fans to put money on Pacquiao which could balance out the moneyline to make it more appealing to bet on Crawford.

Who’s the A side?

This is the fight boxing needs right now. You have the seven-time multiple weight world champion Manny Pacquiao taking on arguably the number one pound-for-pound boxer in the world right now, Terence Crawford.

In terms of promoting this fight, TopRank and ESPN will side towards giving Crawford the push to become the A-side over Pacquiao. At the same time, this is a dangerous fight for Crawford, who should be expected to dominate Pacquiao at 42 years of age. A win over Pac Man is what Crawford needs at this stage of his career to cement his place among the great welterweights of the modern era.

Since Terence Crawford fought Kell Brook, we found out that a fight against Pacquiao had already been in discussion for the Middle East.

Pacquiao has been looking for a legacy fight this whole time. After been connected with Mikey Garcia and numerous other top dogs. It’s clear that Terence Crawford was the legacy fight he had in mind all along.

At 42 years of age, this fight breaks the mold in what we know about older fighters. “Pac Man” has been a pro boxer for 26 years compared to “Bud” who’s been doing it pro for 13 years.

This fight has shades of Michael Moorer vs George Foreman back in 1994. When Foreman competed in “One for the Ages” and Moorer was a 2/1 favorite and lost to Foreman who was 45 years of age.

In terms of the reach Crawford will have a 7″ advantage which is an important stat to take into account, even if Crawford was facing a prime Pacquiao this gives “Bud” an edge.

It’s true Pacquiao is very long in the tooth taking this fight. I expect Pacquiao to try and take out Crawford in the early rounds, if this fight goes into the later rounds it’s Crawford’s fight to win by KO or grind out a decision.

This fight is a perfect fight to set up a fight against Errol Spence Jr. A battle between two undefeated champions Spence vs Crawford, would make for prime boxing matchmaking at the highest level.

Keep in the loop with Betting Insider Journal for more “Pac Man” vs “Bud” news, odds, and fight predictions once the fight gets 100% confirmed.

Let me know you think in the comments section below.