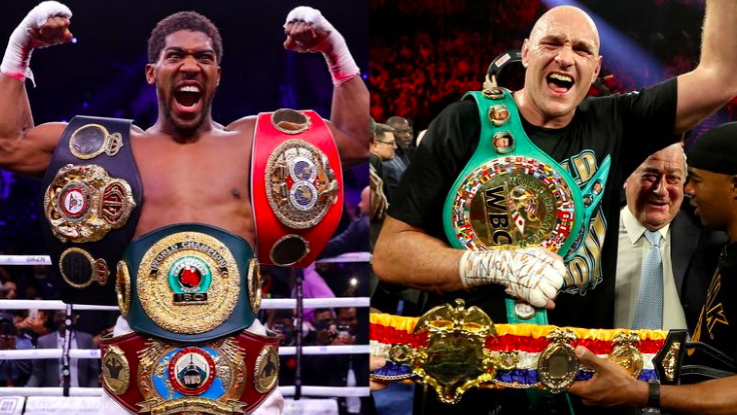 Positive talks have taken place in making Fury vs Joshua happen in 2021. UK boxing promoter Eddie Hearn believes both sides are in the same position, with May being targeted for the blockbuster title unification fight.

The latest betting odds for Tyson Fury vs Anthony Joshua are telling us that Fury is slightly less of a favorite – than he was six months ago. You can bet $175 on Fury defeating Joshua to win $100.

With AJ remaining the slight underdog, there is value in the more active boxer. After coming off a ninth-round KO of Kubrat Pulev, you can bet $100 on Joshua to win $165 with a win over Fury.

Possible Roadblocks in Fury vs AJ Happening in 2021

While it’s been reported – Anthony Joshua and Tyson Fury have agreed financial terms to face each other twice in 2021.

The financial terms state that the first bout will be a 50/50 purse split, while the rematch will be a 60/40 split in favour of whomever wins the first.

There are still a number of hurdles that stand in the way. First off, Oleksandr Usyk has been stated as a mandatory WBO challenger to fight Anthony Joshua. On the other side of the pond, there are mixed feedback on whether Deontay Wilder’s contract has expired. The ‘Bronze Bomber’ intends to take the issue to mediation/arbitration.

This all means more fights could be scheduled in the meantime, pushing the timeline for Fury vs Joshua further ahead. Joshua will also have his hands full against Usyk, and if he losses the Fury fight could slip from his hands.

Stay in the know with all the latest boxing news and betting analysis.

Do you think we will see Tyson Fury and Anthony Joshua step inside the ring to face each other in 2021? Leave a comment below!