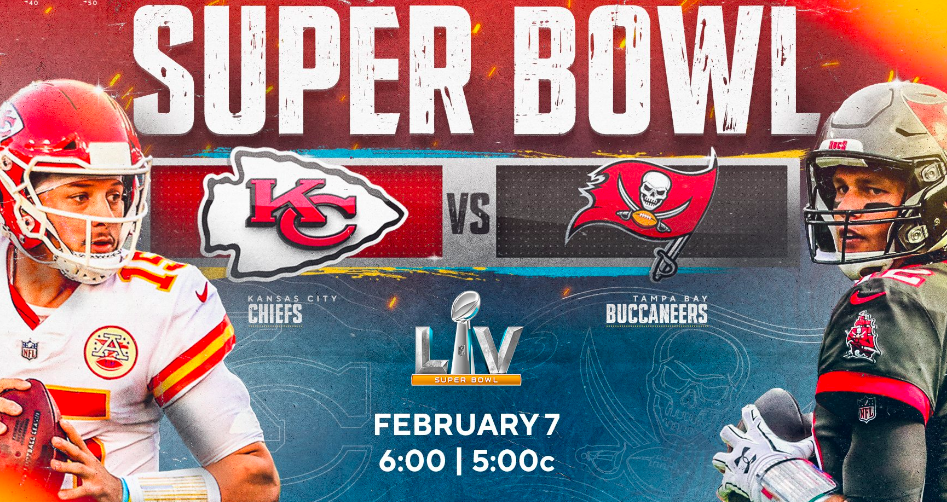 The Buccaneers took down the Packers on Sunday to secure their place in the Super Bowl final on Feb 7. Joining them will be The Kansas City Cheifs, who are the early moneyline and point spread favorites to win their second Vince Lombardi Trophy in a row. Check out the latest Super Bowl Odds & Prop Bets.

When the Super Bowl odds were released Sunday night, the Chiefs were coming in as -180 favorites on the moneyline. Now you can bet on them from anywhere between -175 and -160.

If you are betting on Super Bowl 55, be sure to check out our list of sports betting sites review right here.

The Spread & Over Under for Super Bowl 55

The point spread for Super Bowl 55 opened at 3.5. Now it is currently -3 in favor of the Chiefs and +3 for the Bucs to cover the spread.

The over under has been set at 56.5. Can the Chiefs win and cover the spread despite the opposition’s home-field advantage? The Bucs will be the first NFL team to play in a Super Bowl hosted at their home stadium: Raymond James in Tampa Bay.

Only two other teams in league history have made Super Bowls played in their home regions — the 49ers at Stanford Stadium in Super Bowl 19 and the Rams at the Rose Bowl in Super Bowl 14.

Brady is just outside the top ten QB’s during the 2020 season. Yet he has managed to lift the Bucs and get them into the Super Bowl. He continues to have immense success when it matters most and brings his GOAT status from the Patriots to the Bucs this past season.

Mahomes is the best QB in the NFL. He represents the future and has a bright future ahead of him. After a concussion scare, Mahomes bounced back against the Bills, showing true leadership during moments of conflict.

A positive sign for the Bucs is that Antonio Brown is expected to return after a knee injury that left him out of the Conference Championships. That being said we did see the Bucs struggle at points against the Packers. As we know the Chiefs don’t leave much room for error.

The Chiefs and Buccaneers should each put up more points than they did in Week 12; Mahomes and Brady are locked into a high level of execution. Brady has been terrific in getting the Bucs to this point in his first season with them, but the Chiefs are different beasts from what they conquered in the NFC.

Brady doesn’t get as much help as Mahomes does overall. Going against Brady in a tight game deep in the fourth quarter isn’t smart unless Mahomes is on the other side.