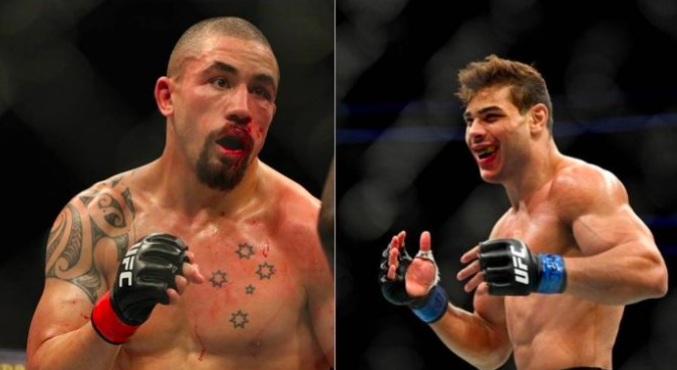 The UFC’s middleweight division is really heating up this year. With two major contender bouts announced this week. The first is Darren Till vs Marvin Vettori, with odds on that fight covered here. Meanwhile, Whittaker vs Costa is being targeted for an April 17 main event.

This bout will reportedly be a five-round main event, which would more likely favor Whittaker if this fight goes into the championship rounds.

The oddsmakers are giving Whittaker a 64% win probability for this bout. Which sounds about right, I can see this betting line moving more in favor of the former middleweight champion, which could see him averaging -220 come fight night.

There are not many fighters that have a resume like Bobby Knuckles. He’s been defeated the who’s who of the middleweight division and went through the ringer twice against Yoel Romero.His only loss at 185 pounds was to Israel Adesanya, where he fought over emotionally after a lengthy layoff.

Whittaker doesn’t need to take this fight, he’s proven his by bouncing back from that loss and defeating Darren Till and Jared Cannonier.

Is Paulo Costa Being Overlooked?

Costa is currently rank #2 in the middleweight division. He was 5-0 in the UFC until he was out-skilled and defeated by Israel Adesanya. Costa’s most impressive win was against Yoel Romero, where he defeated the “Solider of God” in a three-round fight.

I don’t think Costa is being overlooked by the opening betting lines, he’s coming off a bad loss and has a huge task ahead of him against Robert Whittaker.

Overall I like Whittakers chances against Costa, now would be the time to bet on him before he becomes an even bigger favorite.

Who do you think wins, Whittaker or Costa?