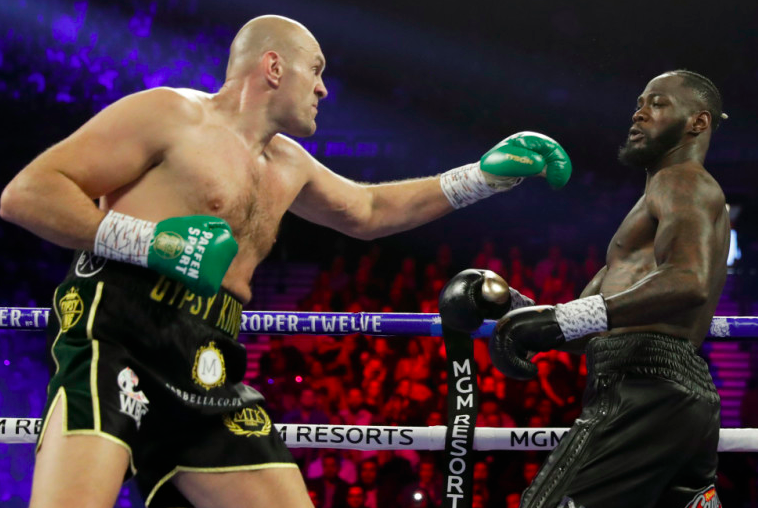 The trilogy fight between Tyson Fury and Deontay Wilder may have to happen before Fury vs AJ. A huge roadblock, that’s common in boxing politics. Following the court arbitration ruling ordering Fury to fight Wilder a third time, with July 24th being targeted by Bob Arum.

According to the latest odds for Fury vs Wilder, “The Gypsy King” remains a firm betting favorite at -275. That’s an implied win probability of 73.33% for Fury winning the trilogy. For Wilder, it’s a huge chance for redemption after a clinical defeat to Fury in the rematch. Wilder’s odds are listed at +260 for defeating Fury, you can bet $100 to win $260.

For all the latest boxing odds check out our list of best online sportsbooks here, prior to betting on Fury vs Wilder 3.

After Tyson Fury defeated Wilder in the rematch in 2020. Wilder attempted to enact his mandated rematch. Yet, due to left bicep surgery, as well as the uncertainty of COVID-19, their bout was postponed on several occasions.

When the betting line was released after the rematch, Fury was a modest favorite -139 on some sportsbooks. While Wilder was poised at +110.

Fury has been active in multiple mini-camps over the past year. In preparation for an undisputed clash against Anthony Joshua, which has suffered its negotiation difficulties over the course of the pandemic.

Although both fighters have been inactive since February 2020, Fury has had the comfort of some fight preparation and Wilder has had to sit out due to injuries. One positive for fans who are considering betting on Wilder in the trilogy is his recent training footage. Clearly showing improved boxing fundamentals, that will be essential in fighting Fury a third time.

Deontay Wilder is focused and sharpening his skills with new trainer Malik Scott.

Even if Wilder doesn’t get the Fury fight straight away, he is in a better position now than he was this time last year. Personally, I’d love to see Wilder take on Andy Ruiz, two boxers that could get a title shot after another win.

That all being said getting Fury at less than -300 is a steal. “The Gypsy King” showed immense improvement under new trainer SugarHill Steward.

Another Road block in Fury vs AJ

Over the past week, two dates were listed for Fury to fight Joshua. The heavyweight unification bout was finally given a date of August 14th in Saudi Arabia. It seemed to us all that the blockbuster fight was a go, until the former WBC Champion Wilder officially won his legal arbitration.

Now TopRank Promoter is willing to let Wilder take on Fury, and not have to fork out set aside money for “The Bronze Bomber”. With Fury vs Joshua most likely being pushed to late 2021.

Unwilling to dispute Wilders dispute, Arum hasn’t waited around and has already reserved Allegiant Stadium in Las Vegas, Nevada, on July 24th for the Fury vs Wilder trilogy bout.

As for AJ, he’ll now be forced to head in another direction. A showdown against WBO mandatory challenger Oleksandr Usyk appears to be his likely target. Usyk appears to the real boogeyman in the heavyweight division, the decorated former undisputed cruiserweight has been tipped as future heavyweight champion.

For all the latest Boxing odds & news, stay in the loop with BettingInsiderJournal.

One thought on “Tyson Fury vs Deontay Wilder 3 Odds”