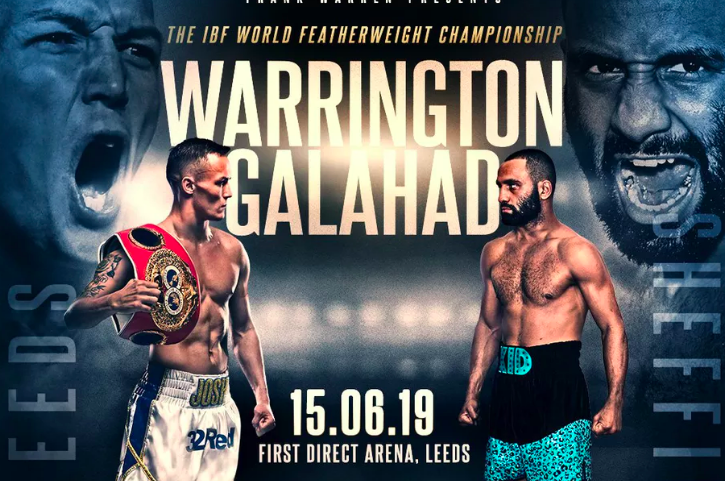 The IBF featherweight title is on the line June 15, as undefeated Kid Galahad takes on Josh Warrington in Leeds, England. Both fighters turned pro in 2009, with their debut fights just days apart – where they defeated the same fighter Delroy Spencer.

Galahad turned to boxing as a kid to keep him off the streets, after getting to meet his hero Prince Naseem he was introduced to the Brendan Ingle gym by Naseem. Since then Galahad has went on to hold European, British and Commonwealth super-bantamweight titles. Galahad then suffered a two year ban in 2016 due to illegal substances found in his system.

“It’s man-to-man combat and we are going in there to hurt each other. To try and pinch an extra little inch by cheating, especially in a sport as brutal as boxing, is a disgrace. – Josh Warrington on Galahad

Warrington (28-0), last defeated Carl Frampton for the IBF title in December 2018, showing immense speed and movement to defeated the former world champion. The Leeds based fighter Warrington will enter this bout as the betting favorite, the online sportsbook BetOnline lists Josh Warrington as a (-300) favorite. Kid Galahad has finished all of most recent opponents, with his last decision being in 2014.