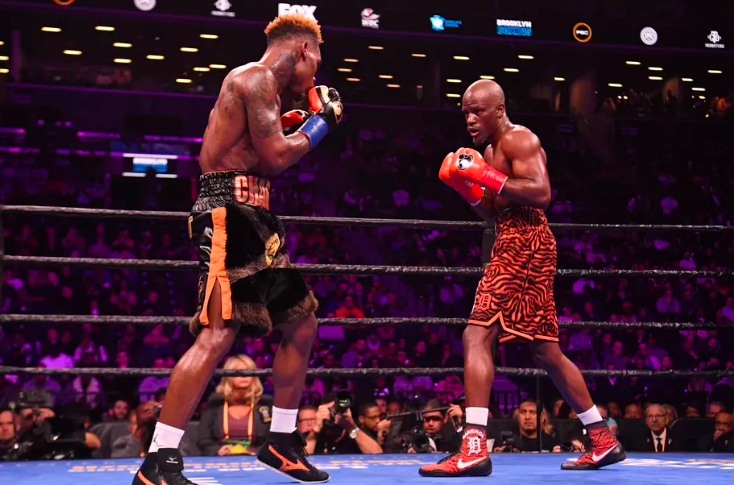 Tony Harrison won a shock victory over Jermell Charlo last December, to become the new WBC Champion at 154 pounds. An immediate rematch has now be scheduled for June 23 in Mandalay Bay, Las Vegas.

“Tony Harrison and Jermell Charlo showed off their elite talent to the world in their first bout and I anticipate an even more explosive showdown in the rematch on June 23,” said Tom Brown, President of TGB Promotions. “Harrison will no doubt be at his very best again as he looks to establish himself in the championship ranks. Jermell Charlo is certainly more motivated than ever to reclaim his spot atop the 154-pound division. Fans tuning in on FOX and FOX Deportes in primetime and in attendance at Mandalay Bay Events Center are in for an action-packed Sunday night.” according to TheMix.net

If Harrison can defeat Charlo a second time, he can well and truly derail the hype behind the Charlo brother that was built up in 2018. Harrison was in title contention back in 2015, but suffered the first loss of his career to Willie Nelson.

He managed to turn things around and accumulate three-straight wins, to garner him a title shot against Jarrett Hurd. This was a close contest, but Harrison eventually lost and set his career back once again. Now on a four win fight streak after the Charlo win, can Harrison keep the upward momentum? We believe so, but it all depends on how much Charlo can bounce back from his first loss.

Harrison was a major underdog in their first fight, as much as (+800) on some online sportsbooks. This time around he enters the rematch with a 71% chance of beating Charlo a second-time, this will be a tough one to predict, so make sure you shop around for the best value for Harrison or Charlo. This highly anticipated rematch will be televised on PBC on FOX and FOX Deportes.