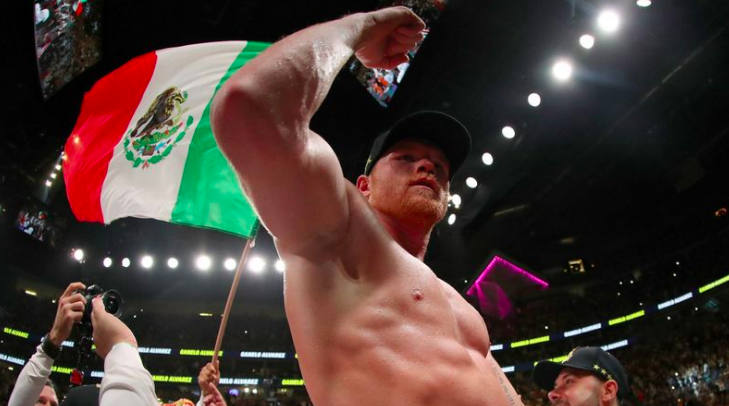 Canelo Alvarez unified the boxing middleweight division last night, with an unanimous decision win over Daniel Jacobs. Canelo has only be defeated once in 55 fights, that came at the hands of a prime Floyd Mayweather back in 2013. Canelo vs Jacobs was a tactical one, Canelo looked razor sharp, with precise head movement and shots that we not only powerful but accurate. Jacobs put up a good fight and is still in the mix at middleweight for more up and coming opponents.

“I definitely think it took me a couple of rounds to get my wits about me. I feel like I gave enough to get the victory, but I’ve got to go back to the tapes and see what happened.” – Daniel Jacobs

A trilogy fight could certainly be on the cards, as Golovkin is also signed with the same network DAZN. Golovkin’s next opponent is huge betting underdog Steve Rolls – with odds on Golovkin vs Rolls discussed here. Ideally Canelo would like for Golovkin to hold a belt to make fighting the third time more enticing, however the fight will sell regardless. “If he wants to do it again, I’ll beat him again,” Canelo said.

Represents the world’s best active super-middleweight according to the Transnational Boxing Rankings Board. This British boxer fights as a slightly higher weight-class than Canelo, but it could be a great chance for him to showcase his power at 168 pounds. Smith (25-0), last defeated George Groves to win the WBA (Super) and vacant The Ring super-middleweight titles in September 2018. His next bout is on the Joshua vs Ruiz undercard, where he faces Hassan N’Dam N’Jikam. Canelo, this is certainly the fight to make further down the road.

Andrade is another undefeated fighter, that would certainly deserves a shot at the Mexican champion. He faces Maciej Sulęcki on June 1, so we expect the winner to challenge Canelo towards the end of the year. Andrade (27-0), is the one piece of the puzzle that would completely unify all the middleweight divisions, Canelo now has 3 of 4, with Andrade holding the WBO belt. Andrade and won the vacant belt as Billy Joe Saunders had to vacate last year, Saunders could also be in contention for a Canelo fight in the future. Saunders next bout is against Shefat Isufi, where he massive favorite to win according to Betting Insider Journal.

0 comments on “What’s next for the new P4P king Saul ‘Canelo’ Alvarez?”