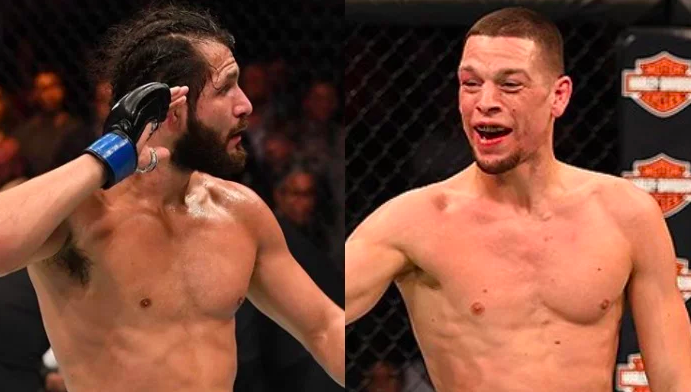 After the fight Diaz grabbed mic and called out Jorge Masvidal, which received a tremendous roar from the crowd in excitement. Masvidal himself was in attendance and looked delighted with the call out.

The oddsmakers at BetOnline set a tighter betting line here between Diaz and Masvidal for UFC 244. Diaz being the slight underdog, means you would have to bet $105 to profit. While, the resurrection of Masivdal’s MMA career has him as the betting favourite – bet $115 on Gamebred to win $100.

For the UFC this is the fight to make, they can market it as Diaz the West Coast Gangster vs Masvidal the Cuban Gangster or Cuban Jesus to you preferred liking.

We believe the odds are actually a little closer then expected for this potential match-up, both fighters have a mixed record of multiple wins and losses. Most of Masvidal’s losses have come by way of split decision, that’s until recently.

In the past year he’s knockout out Darren Till in London, then pulled off one of the best knockouts ever with a flying-knee to Ben Askren. If Diaz can make it into a dog fight as he has done recently, then Masvidal could be under pressure. Let’s hope the UFC make this fight official soon! Stay tuned to more MMA news and odds updates with Betting Insider Journal.