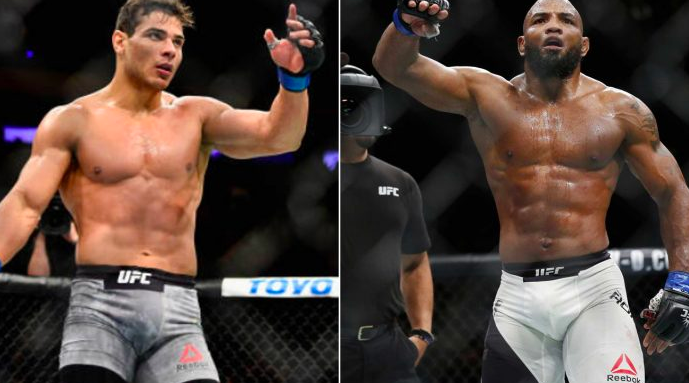 Forth time is a charm, well hopefully. As Yoel Romero is set to face Paulo “The Eraser” Costa, every other time the two were scheduled it never conspired due to various reasons.

The Cuban middleweight, challenged for the UFC title twice against Robert Whittaker but fell short both times, many had Romero winning the second time, but a loss is a loss and he must move forward. Romero is now (13-3) in his MMA career, and approaching 43 he shows no signs of slowing down.

Costa finds personal beef with Romero: “Yoel Romero needs to understand this is personal,” Costa told ESPN. “He’s a liar. He’s a Soldier of God? How can he call himself a Soldier of God if he is spreading gossip? He’s a soldier of devil for spreading lies. And he’s going to pay. Now is the time for him to pay.”

Paulo Costa (12-0), last fought Uriah Hall at UFC 226. In this bout we seen Costa getting jabbed-up easily in the first round. However, Costa turned up the heat in the second round and finished Hall. We haven’t really seen Costa been tested yet inside the the Octagon, so there remains uncertainty over the initial hype that surround his first few UFC performances.

According to the early oddsmakers at BetOnline, Romero remains a favorite. Romero brings world class wrestling and expect this and his explosive power to be the Kryptonite if Costa has any. On the other hand, Romero’s inactivity and recent wars with Whittaker may catch up with him. UFC 241 is set for to be headlined by Cormier vs Stipe 2, on August 17, 2019 at the Honda Center in Anaheim, California.