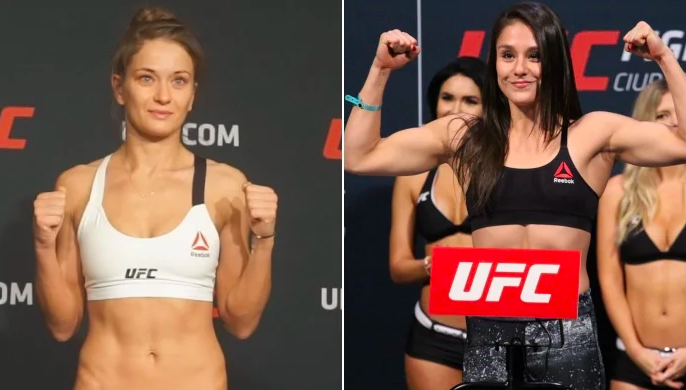 Karolina Kowalkiewicz has not wasted anytime before getting back into action, she lost by decision to Michelle Waterson on March 30. Once hyped as the next future of the strawweight division, the former KSW Women’s Flyweight Champion has not given up hope, knowing she has wins over current strawweight champion Rose Namajunas.

Kowalkiewicz (12-4), is coming off two-losses and prior to that picked up two wins over Jodie Esquibel and Felice Herrig. This fight could be do or die for the “Polish Princess” who recently said she plans to have children and will hang up the gloves when she begins motherhood.

Grasso (10-2), enters this bout with a (2-2) UFC record, with her most recent loss coming to future champion Tatiana Suarez. Grasso’s grappling accuracy is 50% which could be a challenge for Kowalkiewicz, meanwhile Kowalkiewicz excels in the striking department with 5.51 significant strikes landed per minute compare to 4.50 on average.

The opening line for Kowalkiewicz vs. Grasso is a tight one, we expect this to be a pick’em style of fight with Kowalkiewicz having the slight edge.