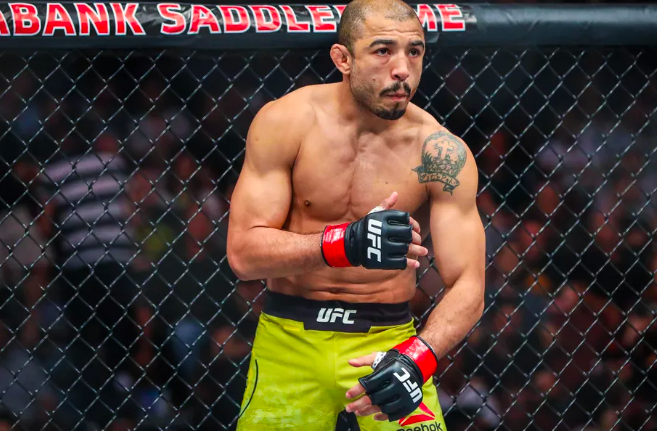 According to Dana White the UFC will grant bantamweight champion Henry Cejudo his request. They are set to book the 135-pound title fight between him and Jose Aldo in May, this bout could potentially take place at UFC 250. We preview the opening Cejudo Aldo odds for UFC 250.

Where can I bet on Cejudo vs Aldo?

We have compiled a list of the recommended sportsbooks. Take a look and see which one you like best.

Betting Value for Cejudo vs Aldo

Henry Cejudo won the vacant UFC Bantamweight Championship at UFC 238. The former olympic wrestler was losing the first round against Marlon Moraes but made adjustments and finished Moraes in the 3rd round by TKO.

Both Cejudo and Aldo are fast paced fighters with Aldo on the decline, the edge is given towards the current champion Cejudo. We can’t look past Cejudo’s recent performances and believe there is betting value as a slight favorite.

Jose Aldo’s reign of terror may be entering another chapter in 2020. Aldo will have to employ his leg kicks, liver shots and keep Cejudo from grappling. Using his head movement to slip Cejudo’s shots and keep the champ continuously guessing. Back in 2016 Cejudo suffered two back-to-back losses, granted he has improved since then. Aldo’s team will have tape to watch and see where they can capitalize and prove the oddsmakers wrong.

Dana White on Aldo’s last peformance and future title shot: “A lot of people think Jose Aldo won [against Marlon Moraes]. A lot of people think he didn’t. I told you guys the night of the fight, Henry Cejudo hit me up and said ‘Aldo won that fight, that was bullsh*t.’ He wants that fight,” White explained. “Israel Adesanya wants to fight Yoel Romero. How does that make sense? It doesn’t make sense. You know what makes sense? Israel Adesanya’s such a bad ass he wants to fight the guy nobody wants to fight.