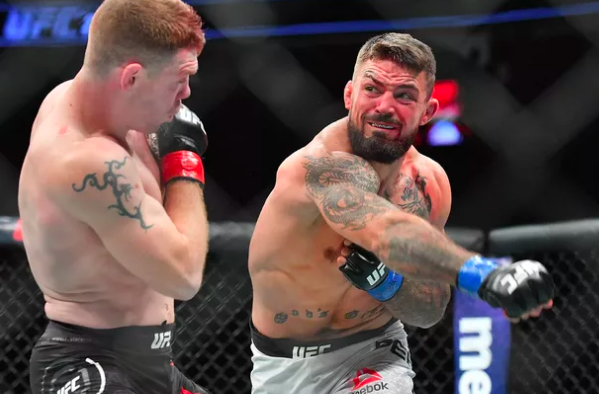 UFC 245 is set for Dec 14 in Las Vegas and we got yet another star added to the incredibly stacked fight card. Welterweight fighter Mike Perry is set face Geoff Neal who is currently on a six-win fight streak. We preview the UFC betting odds for Perry vs Neal below.

Mike Perry’s UFC career has been a rollercoaster and that’s why the UFC fans love him. He’s a wild man or a BMF and goes into this fight as the slight underdog, bet $100 on Perry to win $125.

Geoff Neal on the other hand has been steadily climbing his way up the division, with wins over Niko Price and Belal Muhammad this year. Bet $100 on Neal to make $64 in profit.

Meanwhile Colby Covington’s actions are coming back to bite him once again. Perry is on his case and plans to cause trouble for the title challenger all fight week long.

“I’m going to give Covington a problem all week long,” Perry said on Ariel Helwani’s MMA Show. “Lets see if he’s thinking about the right things when he gets in the ring. I hope he hears about this, and if he catches sight of me, it’s on sight.”

“I won’t be looking for him — I’ll be looking to do my own thing — but if I catch a glimpse, you know, I might sneak over,” Perry said.

“Maybe he’s looking for clout because he can’t get none with that crotch-sniffing style.”

According to Perry “It’s on site” if he crosses paths with Colby Covington fight week. However he must not overlook Neal, as he is a well-rounded challenger, but this is definitely a win-able fight for Perry to get back in the win-column.

1 comment on “UFC 245 Odds, Mike Perry on Path of Destruction towards Colby Covington”